At Fund Portfolio Management we have noticed a singular disturbing feature of late-stage  neoliberal economics, that of the State as the lender of last resort. Who bailed out the financial services citing imminent economic-collapse during the 2007-08 housing-bubble led 'Great Recession'? Who is bailing-out cov-id19 pandemic stricken companies, and this time individuals as well? The answer is not the government or central bank or other syndicated intiative. The actual answer is the humble tax-paying public at large.

This subsidization of the economy is not a tenet of neoliberal's free-market economics adopted since the 1980s in USA and UK. A model of business activity, which as we understand originates from ganster-manifested Chicago School of Business. And propagated by now-deceased economist Milton Friedman.

This is an impossible and pernicious situation for a nation's taxpayers to be indebted. While at the same time politicians are rhetorically policy-making towards smaller / less government under the pre-text premise of free-market capitalism. This contradiction between "laissez-faire" of less government yet the evident bigger balance sheets of governments globally, is most deliberate with various agenda propelled into effect during periods of crisis. This modus of operandi permitted by Government  allows for new private opportunities and enterprise sponsored by state apparatus i.e. funded by, you guessed it, the humble tax-payer. Naomi Klein, writing an epocal tome every decade or so, described this form of free-market as "disaster capitalism" in her book "The Shock Doctrine". 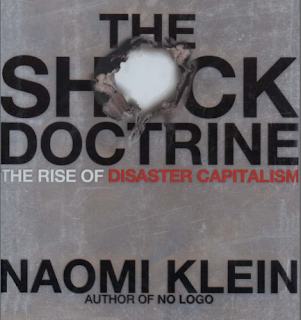 The 'borrowing' amount announced in the above headline by UK Treasury is Sterling £394 billion or US$524 billion for fiscal year 2020-21. To put some perspective, when UK government was asked to continue feeding the nation's children on welfare benefits over the school holidays, at a paltry cost of £20 million, the Government of Prime Minister Boris Johnson initially declined.

By declaring wars, financial crisis, pandemics, terroism, AIDS/HIV, etcetra the  taxpayer can stump-up, and be deemed rational and even prudent reason to open the purse-strings of the nations treasury, as decided by your friendly neighbourhood politician representing YOUR interests. Yet when thousands of children die worldwide every year from water-borne diseases and without medicines, or when children may go hungry over school-holidays, there isn't the lead or the will from politicians to extend beyond allocated budgeted expenses. This is not merely shameful, but a perfidy committed by those we trust to make decisions on our behalf.

However much politicians assert collectively using the oft repeated "nation's interest", they are not in a bubble at Westminster or White-House to lead the cry and charge for fraudulent social-cost-private-profits. They are and have been puppets of the powerful industry lobbyists, and on whose behalf the politicians betray the wider taxpayer. Of course the politicians have motives for their benevolence at the taxpayers' cost. The term "revolving doors" describes one incentive: that of a big-pay job or contract in private enterprise when their political-journey ends, or indeed during it, Not to mention speaking / lecture circuit rewards if high-profile politician, or even the opportunity to be 'gonged' are all motives, among others.

So if #politiciansRcriminals (a degree hashtag awarded by FPM's sister pet-project NoSmokeWithoutFire:OfRepuation), are not in a bubble deciding the fate of OUR national indebtedness, what role does media and lobbyists play. As the Hamlet shakespearean phrase goes  "There's something rotten in Denmark", and FPMs #NSWF:Reputation wants to make sure the smell attach to them. 'Them' being the generalised perfidious politician and their institutional and individual retinue. 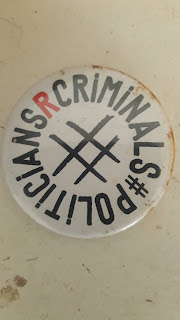 FPM are not preaching from their high-horse, instead relishing the enterprise opportunity to sheriff the outlawed wild west of politics and capitalism, for taxpayers and investors alike. An ungrounded mission statement perhaps.

To ground itself in the normality of financial fund portfolio management context, we wanted to convey a brief take on the pandemic of cov-id19 as a economic outlook. The Chancellor of the Exchequer who announced the pandemic disaster spending of billions of pounds of taxpayer largesse, is Rishi Sunak. His credentials are interesting but not the scope of this already meandering report!

In November 2020 in the Government's budget spending review, and coincidentally following the announcement of succesful cov-id19 vaccine trials, Rishi Sunak stated: “Our health emergency is not yet over and our eco

nomic emergency has only just begun”. To FPM this was a dire warning from a former Goldman Sachs employee. We already knew that the circumstances of shutting down AND financially supporting vast swathes of global economy, under the premise of a lockdown to prevent the spread of an infectious influenza-like virus, was going to be big: we coined "austerity-on-steriods".

[pic of ballooning debt for perspective]

The indebtedness means the UK nation is not going to see prosperity from being the 6th wealthiest nation, but austerity for majority of the population from nationwide obligation of paying-down the national debt via reducing annual fiscal debt. We will all have to do with privations. In FPM mantra of "Think Global Act Local", we see the privations already manifested through the changes hailed by the pandemic. Popularly the media has introduced to the public the idea of a "new normal". Whereas the top-of-pyramid capitalists and industrialists of the World Economic Forum, have hailed it "The Great Reset", or "The Fourth Industrial Revolution".

For instance, locally it was decided by municpal government of Lambeth Council, that they could not maintain two green-bowling turfs, due to costs outweighing its use and revenues. So they had decided to hive off a part of the public common land for use as a privately-run commercial puttting-in-the-park venture. And what passed for public consultatation was a local council-liasing community group, constituting lowest rung-of-ladder politicians known as Councillors and other locally-vested individuals, rubber-stamping the Council's decision. The real community of neighbour around the two bowling greens got to hear of these plans, and protested and now have stay-of-execution granted by neighbouring Wandsworth Council's Planning Application Committee. As they still retain those planning-right due the part of Clapham Common falling between the two council boundaries.

In the context of social cost of disaster capitalism, I will point the finger at Lambeth Council which is perennially seen as mismanaging its finances - local disaster capitalism. That time Council citing central-government diktat of "austerity" from the financial crisis of 2007-09. The social cost is the loss of public common land for 15-years initial lease to the crazy-golf enterprise - the resident disaster is Lambeth Council management. Some may see it as viable alternative re-designation of former disused bowling greens to modern practical social convenience with a profit-incentive. Loss of sporting activity for leisure profits underlies the surface fluff and nonsense. Also, FPM see it as Council mismanaged public asset which has been deliberately under-funded (as turf has long passed its sell-by date, and any decent bowls player would not be seen on it!), and degraded to a point where alternative uses had to be considered but not with underfunded Council monies, but as a private-profit venture. This is the examplar of the Shock Doctrine, and the rise of disaster capitalism that Naomi Klein warned of.

Private-Profit at Social-Cost from Disaster-Capitalism is a formula to be wary of and prevented locally, then globally. That is the morale of the story, So the pandemic is the disaster, the social cost is the indebtedness of taxpayer, and the capitalism is everything that can exploit the indebtedness and the pandemic. So we know where the private-profits from taxpayer largesse will accrue: usual misfits of pharmaceutical giants and their offsprings (currently Pfizer and Moderna are leading the offerings and have a viable vaccine to save the world