Mark Blyth’s Incisive Post-Crisis Takedown: “A Brief History of How We Got Here and Why”

Mark Blyth, the Brown political scientist of “The Hamptons are not a defensible position” fame, has a must-watch video of a presentation, A Brief History of How We Got Here and Why, which we’ve embedded below. We’re featuring it despite the lack of a transcript. Even though Blyth presents a fair bit of detail that is familiar to readers, he manages the difficult task of synthesizing it in a way that generates novel observations. It doesn’t hurt that Blyth is also colorful and a high bit rate transmitter. This video is a fantastic way to get people you know who’ve started to develop doubts about orthodox stories about how the economy works to see thing in a different light.

Blyth argues that the world has been through three policy regimes, using computers as an analogy and arguing that like computers, capitalist systems all have the same major components and economic ideology is the “software”.

The regime first was the gold standard, which allowed for international capital mobility without inflation, favoring capital over workers. That regime worked from roughly 1870 to World War I. As academics like Peter Temin described in detail, after the Great War, European economies tried to restore the gold standard, and Temin argues that those efforts produced the Depression.
The Depression ushered in policy changes which eventually produced the next era, which started after World War II. The policy objective of this era was full employment. Cross-border capital flows were restricted, countries were more autarky-like than now, and governments were economic activists. Blyth quips that no one knew who central bankers were back then.

This era broke down with the 1970s inflation. But Blyth argues that the trigger was that the share of GDP going to labor had become intolerably high to businesses and investors. Inflation also favors labor over capital by eroding the real value of debt. The answer to that was the capital-favoring, globalist, inflation-hostile neoliberal era.

Blyth stresses that what happened after the 2008 financial crisis, which resulted from the failings of the neoliberal regime, the effort to restore the old system, is an unnatural response which will only lead to intensification of the underlying stressors, like rising levels of private debt, greater income inequality, and even more financialization.

Only an economist could see climate change as hopeful. Blyth sees climate change as discrediting the populist right, which has no answers for this problem, and libertarians, who are allergic to state action, when that will not only become necessary but desperately sought after.

"I don’t want to diminish your appetite for watching this video-talk by saying more, particularly since a lot of the fun of a Blyth talk is in his asides where he present things as obvious, and even if you kinda-sorta knew that particular factoid, you probably didn’t have as pithy a formulation as he does." 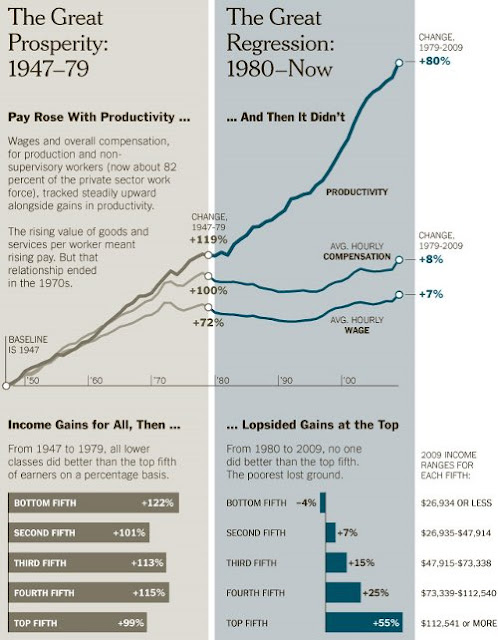