Global Stock Markets Are In A Funk

As a current turning point, there are both obscure and vivid examples of the market clearing of bad loans (referred to by degrees as delinquent, non-performing, forbearance, distressed etcetera) as reaching its conclusion.

The microeconomic aspects of the bubble economies of 2003-2007 are and were being fixed at the expense of macroeconomic monetarist expansion policy, kick-started by Alan Greenspan. This in some cases leaves countries overly indebted and exposed to short-selling attacks. Led by feral bond vigilantes and crowding bond traders, using bond-shorting and –leveraging devices like credit default swaps (CDSs), can bring vulnerable corporations and even countries to their knees. Similar to housing monolines and CDOs being shorted through CDS during the housing asset devaluation by MichaelBurry, John Paulson et al. 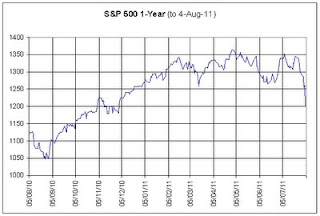 Coincidentally, while global stock markets are in a funk (@time of writing the Dow was closed after plummeting -4.31% for the day!), the remedy now has to be tough love. So that means NO QE3! Monetary policy predecessors served only to create bubble in commodity asset plays while aiming to restore confidence in a widely acknowledged and prolonged de-leveraging cycle. Quantitative easing et al has arguably produced a soft-landing since 2007, but unless non-monetary self-preservation policies are in place, monetary-plaster-fixes are not the intrinsic value solutions. Economic soft-landing via monetary policy fix for a problem created by money-gamers politicking is only a pyrrhic victory. An oft used analogy criticising Friedman-type Monetarism (versus say Keynesian Fiscal) is of giving uncontrolled heroine to an addict to help him out of addiction. In some instances and under certain circumstances this has worked as a remedy, so social and drug workers inform us. 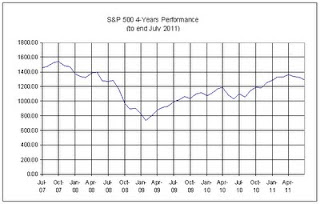 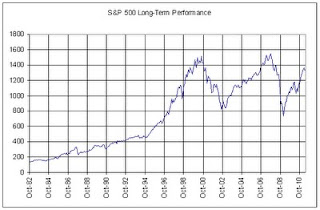 If I was President of the , my policy response now is a threefold intrinsic value solution:
1)      The shock-treatment of increasing Federal rates by 25bps. Yes initially painful, but as dust settles inflation is introduced into the system; and as Barton Biggs commented: reducing debt by devaluing it through inflation is less painful than capital destruction.
2)      Dampening capital markets’ clear over-exuberance by restricting naked shorts of sovereign and strategic-interest corporate bonds for foreseeable future
3)      Introducing a fiscal expansion programme (rather than a monetary one) of rebuilding housing sector by initiating and funding programmes to improve existing housing-stocks’ energy efficiency (I seriously don’t believe climate change is solely a phantom problem).
So here I have conjoined monetarist, fiscal and regulatory fixes to stop befuddling through this deleveraging cycle (which is expected to last 10 years according to economists Reinhart and Rogoff, who penned “This Time Is Different: Eight Centuries of Financial Folly”).
Posted by KKSiva at 14:43